Remember That is a simple note taking app that was developed while I was co-owner of Colorize. Like CheckSite, this was a product that we created on the side in addition to creating media for customers.

Nowadays it seems like there are a million apps for taking notes. But back when mobile apps were now, most of these apps tended to be either overly basic or overly complex.This lead to us try and fill the niche of a note taking app that is simple, yet still has some reasonable features such as being able to create both text notes and checklists, organize notes into folders, and automatically synchronize between different devices. 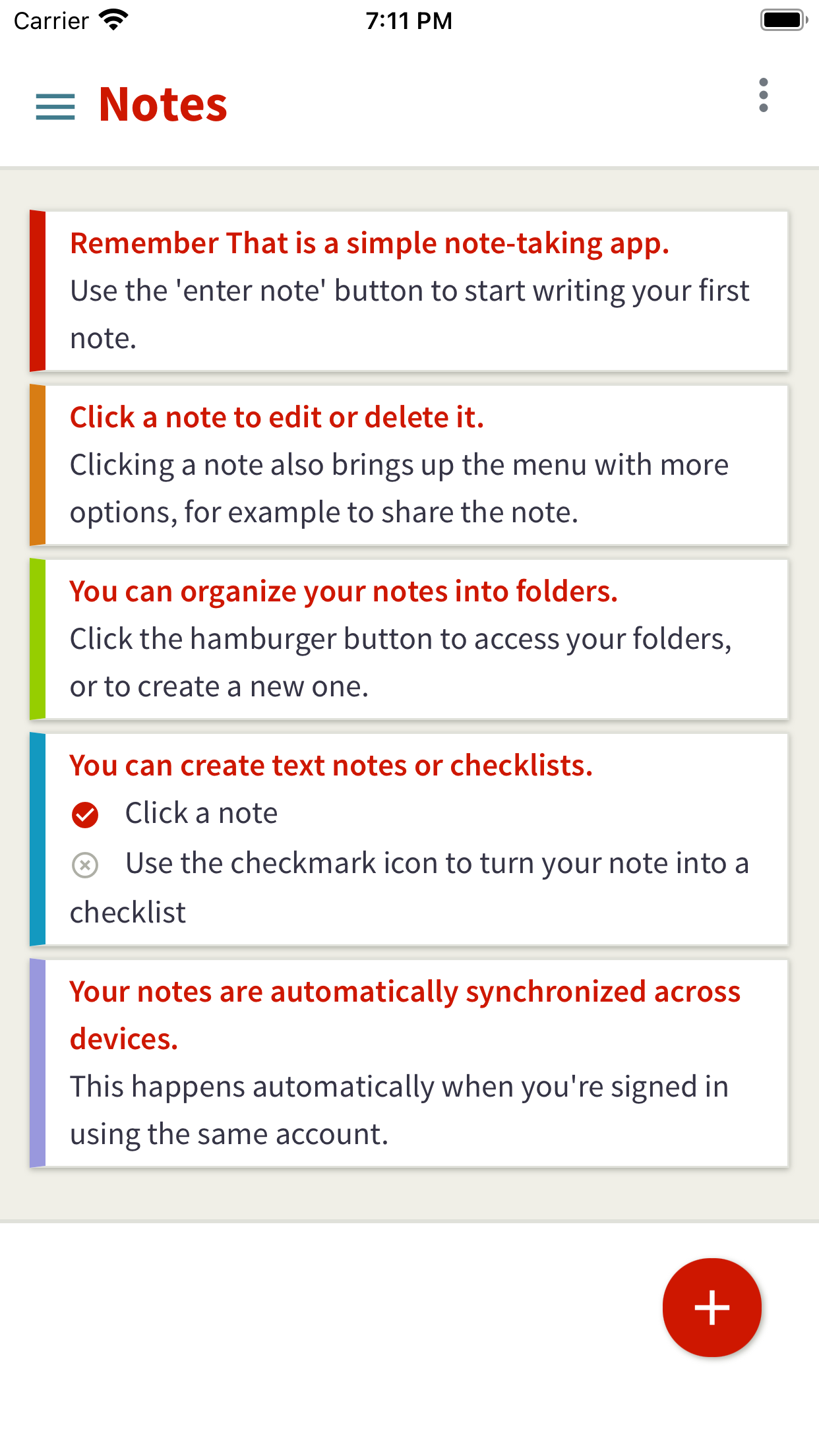 Remember That on iOS

Remember That started out as an Android app, but was eventually ported to an iOS app, a Mac app, and a web app. All of these can still be downloaded from their respective app stores.