The period between around 2005 and 2010 saw an explosion in the usage of Flash for embedding videos within websites. At the time YouTube was not yet established as the de facto standard for uploading and playing internet video. The lack of a standardized player meant every website was forced to create their own, with a custom design and custom functionality.

In the early days of starting our company Colorize creating internet video players was an interesting market. We created a standardized player that could be "skinned" to allow for specific branding. The player has all the usual features, such as play/stop/pause buttons, a timeline, a volume bar and fullscreen mode. 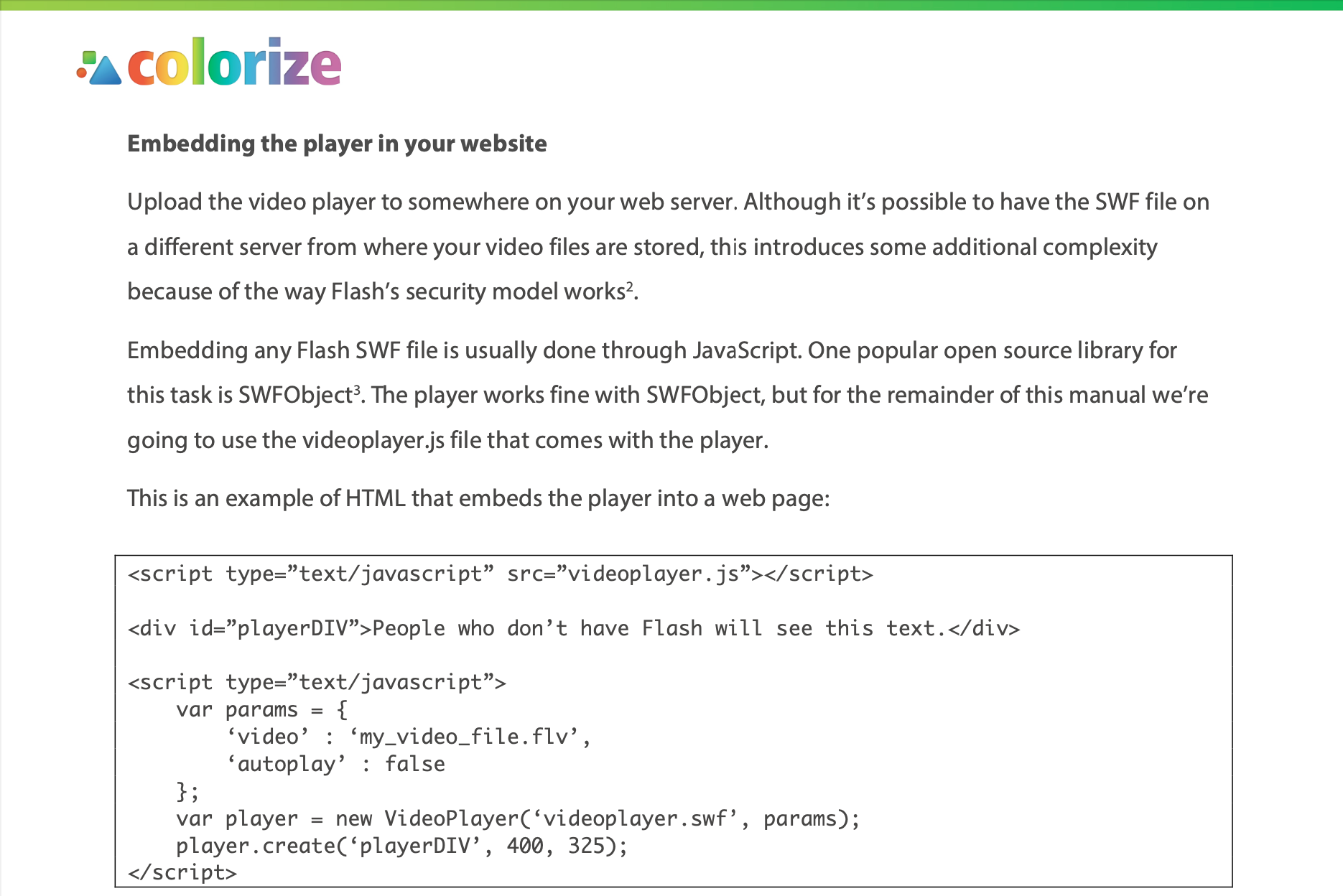 Remember when software documentation was distributed in PDF format?

Obviously, the need for such video players eventually disappeared due to the rise of YouTube, but the intersection of internet expertise and video expertise proved very useful during this time period. It's hard to imagine now, but this kind of thing was considered extremely novel in 2006.